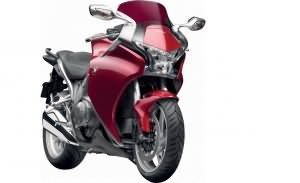 HONDA VFR 1200F is one of the World’s best Sport Tourers. The bike has been recently launched in India. A good news for all bike enthusiasts in the country. But the worrying aspect is the price of the bike, which is uncommonly very high. However, the bike can be described as the “ultimate road sport machine”. 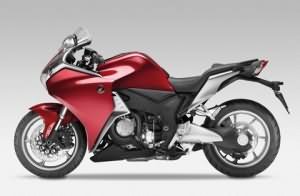 HONDA VFR 1200F scores a point over other bikes as far as safety aspect is concerned. The bike has 43mm cartridge fork (Front) Suspension and Pro Arm Single Side Swing arm (Rear) Suspension. The braking system is instant and sharp. The bike has 320 mm (Front) disc brakes with CBS and 276 mm single disc with CBS (Rear) brake.

The price of HONDA VFR 1200F is Rs. 17,50,000 (taking Mumbai as base price location). However, the price specified is indicative price only and reflects lowest approximate price which excludes tax, registration, insurance and cost of accessories.