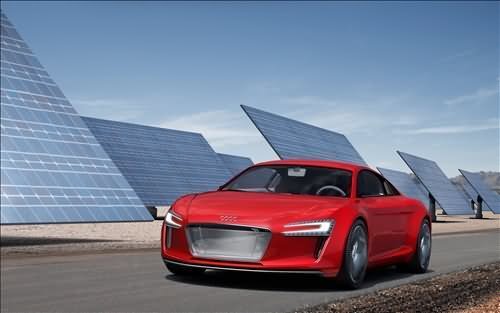 Audi is looking to use e-tron name for its upcoming electric cars. The Audi cars will carry the e-tron logo on their rear, similar to the way models now bear the “quattro” designation.

Audi has decided to produce an 100 units of its e-tron electric sports car in the initial phase at its factory in Ingolstadt, Germany, in 2012. The car was unveiled at the 2009 Frankfurt Motor Show.

An expansion of this small production volume to 1,000 units is planned. No decision has yet been made on where the vehicle will be built long term.

This year, Audi is launching new models such as the A1, A7 and A8 and intends to sell more than a million vehicles. A total of 1.3 million units are planned for 2012.

Audi’s 2020 corporate strategy for the next 10 years says that the automaker has to position itself with alternative drives to meet rising customer requirements. Launching e-tron cars is part of the company’s plan to meet an expected increasing demand for zero emission cars.