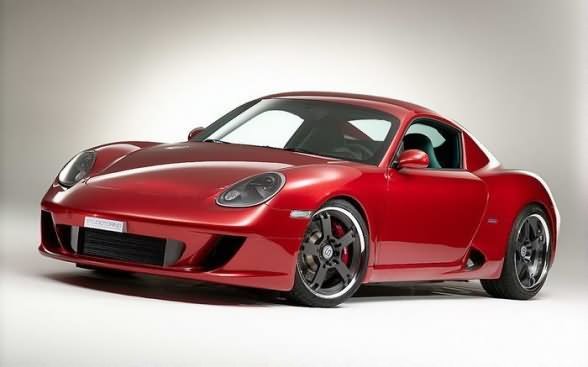 The Porsche Cayman 2010 ranks amongst the top Luxury Sports cars. Today I had a chance to see it live on the roads of India, not to mention the car had excellent looks and had captured the minds of everyone on road, besides the hectic traffic it glided and made its way to its destination, with a blazzing speed. The 2010 Porsche Cayman has a fixed roof and allows a driver and a co seater to sit comfortably. Liked for its strong powertrain options and superb handling, as well as its sleek exterior design and superb interior finish, the 2010 Porsche Cayman is a popular choice among luxury sports cars.

The 2010 version of The Porsche Cayman has no changes compared to that made in 2009. It is available in two trims the base Cayman and the powerful Cayman S.

* “The (base) Porsche Cayman still presses all the right buttons for me. It’s one of those cars whose sensory rewards outweigh its high price. At first blush, a $55,000 coupe with only 265 horsepower seems a little silly – you get more ponies in a base Chevrolet Camaro at half the price. But the Cayman feels quicker than many cars with more power both because of its low weight and its good midrange torque. As ever, the satisfaction in driving this Porsche isn’t derived from massive acceleration. It’s the feeling of precision that does it.” — Car and Driver

* “Some less-expensive sports cars challenge Cayman on a fun-per-dollar basis, and some like-priced competitors deliver more outright power. Few, however, match this Recommended pick’s range of strengths: road manners and mechanical sophistication to satisfy the most discriminating driver, a good dose of everyday usability, and the cachet of the Porsche name.” — Consumer Guide

According to test drivers, the 2010 Porsche Cayman is powerful, agile, and comfortable enough to drive on a daily basis. Automobile Magazine writes, “The new Porsche is actually everything the 911 has not been for most of its career: confidence-inspiring, super-stable, totally balanced, quite forgiving, a gifted storyteller that is equally good at listening.”
Cayman Exterior – 9.2 (Excellent)

Critics love the 2010 Porsche Cayman’s sexy, head-turning exterior design. “For those of you who aren’t Porsche diehards, the Cayman is essentially a Boxster with a steel coupe roof and a hatchback,” explains Automobile Magazine. “Porsche claims that as a result of the steel surgery, torsional rigidity doubles.”
Cayman Interior – 7.8 (Good)

Not only is the 2010 Porsche Cayman’s cabin comfortable and classy, but it features a surprising amount of cargo room. “Careful packing takes good advantage of cargo bays front and rear for more luggage-carrying possibilities than in many two-seaters,” writes Consumer Guide. Still, the Porsche Cayman’s cabin is criticized for its confusing controls.
Cayman Safety – NA

Neither the federal government nor insurance industry has crash tested the 2010 Porsche Cayman. However, it features a long list of safety equipment — including head and torso airbags.
Cayman Reliability – 8.0 (Very Good)

The 2010 Porsche Cayman reliability score shown is the Predicted Reliability rating provided by J.D. Power and Associates. This score is based on trending the past three years of historical initial quality and dependability data from J.D. Power’s automotive studies, specifically the Vehicle Dependability Study (VDS) and the Initial Quality Study (IQS). The 2010 Porsche Cayman is covered by a four-year/50,000-mile basic warranty.