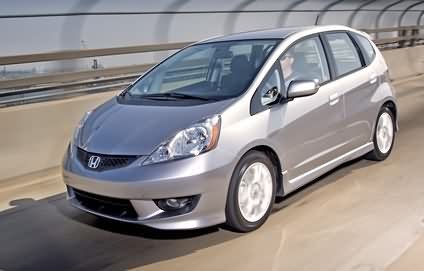 The Honda Fit and the Toyota Prius were the cars on top of the list of new best value cars according to Consumer Reports' 2010 Annual Auto Issue, beating out more than 280 cars in eight categories. The Honda Fit and the Toyota Prius each earned a value score of 2.08 and provided the best overall value despite being very different cars. Scores are expressed in relation to the value of the average vehicle (designated 1.00). A score of 2.00 represents twice the value of the average model. While the Prius IV ($26,750) is more expensive than the Honda Fit ($16,020) and has a higher cost per mile (47 cents vs. 42), the Prius performed notably better in Consumer Reports' battery of road tests, earning a score of 80 versus the Fit's 68. Both cars have excellent reliability.

To determine which cars are the best values, Consumer Reports looked at a combination of performance, utility, and reliability for the money, considering total owner costs over the first five-years.

The better a car performs in Consumer Reports' road tests and reliability Ratings and the less it costs to own, the greater its value.

Consumer Reports identified the best and worst values among the hundreds of vehicles it has tested in eight vehicle categories: