Nissan Will Launch Nine Car Models in India by 2012 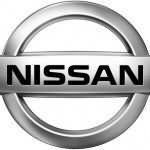 Nissan will launch there nine models very soon in India. Nissan plans to launch series of car models as Nissan Motors India managing director and CEO Kiminobu Tokuyama said the company will have nine car models in India by 2012, five made in India and the remaining to be imported from Japan.

As Nissan have already some models in India, Mr Tokuyama explained they already have three of the four cars that will comprise the CBU import line up. These are the Teana sedan, the X Trail sports utility vehicle and the sports car 370Z.

The five made-in-India cars will comprise the compact hatchback, which will be launched from the Chennai plant in May, followed by its sedan version next year and three models based on V, Nissan’s new global compact car platform.