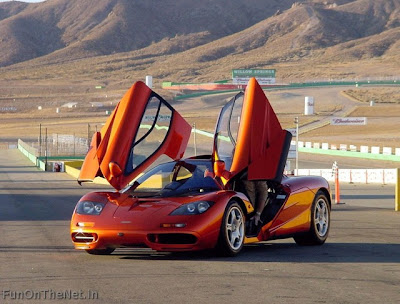 Gone are the days when it used to take hours for us to travel a mile, the new technology and efficient fuel consumption has allowed cars to burn the roads with pure power. With speeds over 250 mph. Here are some of the best cars in the world which can leave the competition behind. List of 5 fastest street cars

This beauty is made of carbon fiber and steel with titanium. It has decked out butterfly doors. The SSC Ultimate Aero TT has a Guinness World Record for the fastest production car in the world. It was tested in Washington in 2007 where it gave a blizzering 257 miles per hour speed. It can go from zero to 60 mph in 2.78 seconds with the help from its 1094 lb-ft of torque and 1,183 horsepower engine. Company founder David Shelby (SSC stands for Shelby Super Cars) is an engineer and former go-kart champion who combined his two passions to create the car. He incorporated racing elements (a manual transmission, no power steering and a roaring engine) with normal creature comforts (a navigation system, an LCD DVD/video screen and a color palette that includes orchid and copper).

Bugatti Veyron can go from zero to 60 mph in 2.46 seconds, from zero to 100 in 5.2 seconds, and from zero to 250 in 50 seconds — all this despite weighing nearly 4,500 pounds. Even more surprising than its speed may be its braking ability: It can brake from 60 mph back down to zero in 2.3 seconds. The 2-tone retro design harks to the 1920s and 1930s, as does the level of luxury (Hermes is a Bugatti collaborator). It’s a car you’d expect Bugsy Siegel to have driven back in the day. In 2005 the Veyron was clocked at 253 mph, which at the time made it the fastest road car in the world. It’s also the most expensive, fetching $1.7 million a pop.

This Swedish demon Koenigsegg CCR 2-seater with a removable hardtop had a short-lived reign as the world’s fastest street car in 2005, when it was recorded at 241 mph on an Italian racetrack. Its zero to 60 time is 3.2 seconds, and it develops 806 horsepower (measured with the first-ever horsepower gauge in a production car). Founded by Christian von Koenigsegg in 1994, the company builds its cars in a former Swedish Air Force facility where fighter jets were stored. Painted on the CCR’s carbon-fiber and Kevlar body is a ghost, which was the symbol of the squadron that used the hangar. Earlier this year, Koenigsegg led a consortium of investors to purchase fellow Swedish automaker Saab from General Motors.

MCLaren F1 is the true beauty with immense power. It dominated the roads being the fastest in the world (240 mph) for about seven years, from 1998 to 2005, and pulls from zero to 60 mph in 3.2 seconds. In 1995 the F1 became the first street-legal car to beat prototype race cars in the 24 Hours of Le Mans. A 3-seater with the driver’s seat set in the middle of the car and two passenger seats slightly behind on either side, the F1 was designed by Formula One race car designer and engineer Gordon Murray. He used materials such as titanium, gold, carbon fiber, magnesium and Kevlar to create a lightweight, powerful vehicle. When it was released, British car magazine Autocar gushed: “The F1 . . . may possibly be the fastest production road car the world will ever see.”

A catalytic converter got in the way of British Formula One driver Martin Brundle’s initial attempt at breaking the world record for fastest road car in 1992. Ditching the converter allowed him to increase the engine’s speed from 7200 to 7900 rpm, which made all the difference in clinching the record — 212 mph. Brundle later pushed it to 217 mph, setting a world record in the early ’90s. Jaguar executives had set out to create the first road-legal car to break the 200 mph barrier, and the car — a 2-door coupe — was eventually named for its targeted top speed (220 mph). It didn’t quite achieve that goal, but it did go from zero to 60 mph in 3.8 seconds, reportedly luring owners such as Elton John and the sultan of Brunei.