Honda CBR250R which is the newest power bike from Honda, since Hero and Honda have bifurcated. And this shows when you try to get services from any of the Hero or Honda service centers. Here is a true review from a bike owner. The Honda CBR250R is a high end priced bike which comes with anti lock braking system which prevents wheel lock during sudden braking and during other problematic situations. 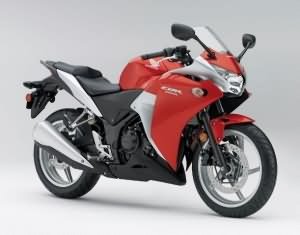 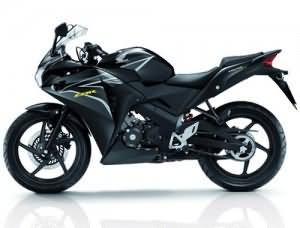 The Honda CBR250R looks similar to a racing superbike, it resembles VFR1200F from Honda. The design which only Honda is capable of designing. Though the customers in India for this bike will be limited, mostly due to its mileage and high price. The bike is Y shaped with its headlights attached to moving handle, unlike previous bikes where headlamps were fixed on handle movement.
The under cowl structure leads the wind from riding directly to the engine and the catalyzer in order to boost cooling performance. Its design makes it look integrated with the engine and muffler to highlight the functional beauty of the lower portion of the vehicle body.

A special silencer with an irregular pentagonal section was chosen for the muffler design in order to reflect the cutting-edge design of Honda motorcycles. The banking angle and the comfort surrounding the rider’s feet together with engine and muffling performance are all reconciled at a high level. Made of stainless steel and coated in black, the muffler adds a protector coated in matte silver as one more feature to accentuate the side view. Honda India has also added a saree guard so has to help, has also added saree guard for the comfort of female pillion riders.

The Honda CBR250R has an analog speedometer, which moves to full and back to zero as the ignition is turned on. While the digital meter displays, speed on the LCD, which acts as an back up option when either one turns faulty. This way the bike is filled with sporty and functional features. The seat is divided into two parts which reminds us about the scooters seat. The seats are comfortable the bike is high and best suited for people with long legs. The bike doesn;t have a footrest in the rear part so anyone trying to climb the back or the pillion needs to jump in order to sit on the bike.

Engine that drives the Honda CBR250R

Engine of the Honda CBR250R has the following features
* A 249cc Liquid Cooled Single Cylinder engine.
* Maximum power of 25 Bhp at 8500 rpm
* Maximum Torque 23 Nm at 7000 rpm
* Lesser sound from the silencer and and Eco-friendly with small traces of fumes.

The engine of 2011 New Honda CBR250R is designed to be very economical in comparison to others in this segment. The bike features a single cylinder liquid cooled 4-stroke engine which generates maximum power of 25 bhp at 8500 rpm with a peak torque of 23 nm at 7000rpm. The CBR250R engine was developed by aiming at a global single-cylinder engine that transcends regions, while being sporty and eco-friendly at the same time, with a look ahead at the next generation.

Drawbacks and Shortcomings of the Honda CBR250R
* The bike does not have a double stand so you might feel uncomfortable when trying to make it stand still at some parking.
* The bike is dependent on just a single exide powered battery, which easily gives up as my friends bike refused to start.
* The bike is completely dependent on ignition auto switch start which is a positive as well as a negative poin t, when it refuses to start, with the lack of a kick start.
* There are limited number of service centers which give really poor response upon calling. As the design is complex most of the bike mechanics will refuse to touch the bike, you will be surprised to know that even at the service centers across Delhi the mechanics were oblivious of how the bike functioned and were limited to amount of service they could provide you.
So if you are stuck somewhere in the middle of a road don’t expect any help you might need a truck or some really powerful carrier to lift this beast to a nearby service center.

New Honda CBR250R is available in two variants: CBR250R with ABS and CBR250R without ABS.